From Bloomberg News: Nigeria, Congo Among Worst Hotspots for Hunger

Congo, Nigeria Are Among Worst Hotspots for Hunger
By
Millie Munshi
September 18, 2020, 7:00 AM EDT 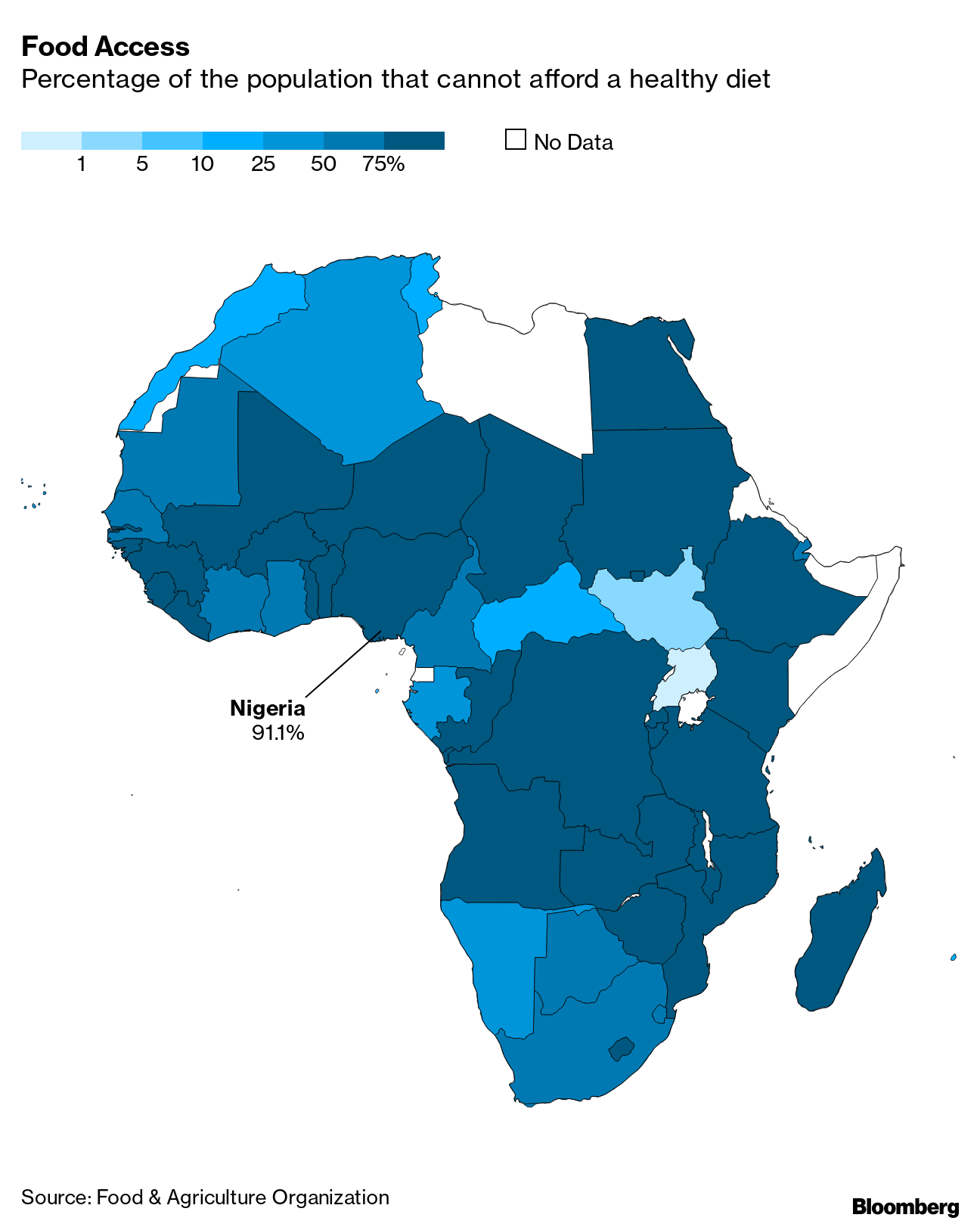 The Democratic Republic of Congo is emerging as the country with the world’s largest food crisis in terms of absolute numbers.

About 21.8 million people in the nation are acutely food insecure, new figures from the United Nations’ Food & Agriculture Organization show. The staggering figure underscores how the fallout from the pandemic is driving up hunger in countries that were already gripped by crisis.

In addition to the Congo, the worst deteriorations in acute hunger in recent months have taken place in Burkina Faso — which has witnessed a nearly 300% uptick in the overall number of people experiencing acute hunger since the start of 2020 — as well as Nigeria, Somalia and the Sudan, the FAO said.

In Nigeria, working the land can be a dangerous occupation because of longstanding religious and ethnic tensions and, more recently, organized crime. That’s as farmers already were having to contend with flooding or drought. It’s all now hitting agriculture just when the country needs it most. The pandemic has triggered a surge in food prices in a nation that imports more than a tenth of its food supply.

With 200 million people, Nigeria is the most populous country in the world’s most food-insecure continent. Producing food at home matters more as importers struggle to access dollars to pay for shipments from overseas after an oil price crash sapped foreign-currency reserves. “We are heading toward famine and starvation,” Niger state Governor Abubakar Sani Bello warned in April.

The challenges come as the world is forecast for a sharp rise in food insecurity because of Covid-19’s impact. As many as 132 million more people globally may fall into the grip of hunger this year, including in many places that used to have relative stability.