December 2, 2021:  Since our first Zoom get-together in December, 2020, we have held a regular gathering on the fourth Sunday of the month, at 2:00 PM Pacific Time.  There will be no meeting this month (December 2021) but we will resume on January 23, 2022.  Reminders and Zoom links will be sent out by email ahead of each session.

Nigeria 22 trained at Boston University over the Summer of 1966 and left for Nigeria in September.  We were destined for teaching assignments – some at the university level but most at the secondary school level – and were posted to schools throughout the then Northern Region. 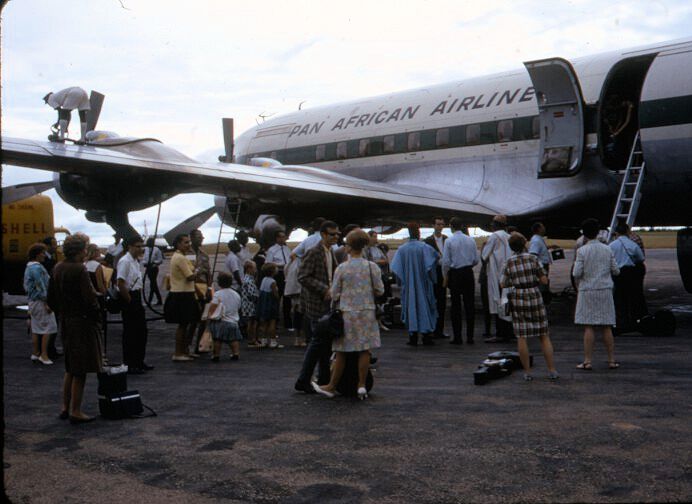 We arrived shortly before the massacres in Kano, Kaduna, Zaria and many other cities and towns in the North.  Many of us saw first hand  what the consequences could be of ethnic, economic, political, and religious differences.  In the aftermath, the trajectory of events in Nigeria propelled Biafra's 1967 declaration of independence, and the civil war to follow.  The civil war, which ended in 1970, had more than a year to go after most of us had returned to the States in 1968.

The first official reunion of Nigeria 22 members was probably a 2009 gathering in Boston, at the Dugout, a hangout that was popular during training.   Later, the annual FON meetings became a magnet for the Nigeria 22 membership, and there were often 8 to 12 members in attendance.  We are now in the Zoom era, and our first Zoom gathering was in December of 2020.  We have met monthly ever since, with as many as 20 members joining in.  Barbara Jones, Greg’s wife, has joined us a couple of times, and we even had a visit from Bill Southworth, of the Peace Corps training staff at Boston University.

At the first gathering we all had a few minutes to talk about our post-Peace Corps lives.  February's meeting included a discussion of kidnappings in Northern Nigeria and the kick-off of the Peace Corps Virtual Museum. What to do with our valuable "stuff" remains a question. Barb Jones was also able to drop by. We shared books and movies, but had time for only a few stories.  To be continued.

Twelve of us had quite a lively conversation yesterday, ranging from money exchange in Nigeria then and now (see Chris C’s great article in Spring newsletter),

to world economics and Donut Economics

to the demise of languages and cultures in nations such as Nigeria and the role of English and Nigerian Pidgin English, to fossil fuels and the electric grid, and more, all in one hour.  Seems each of us had some expertise to share!  See recording link below.  Some of what we didn’t get to were Dick’s suggestions of donation sites – we could be making suggestions to the FON Board – and thoughts about how to share our Nigerian craft/art treasures.  Conversation to be continued May 23.  What’s on your mind?

Giwa, a wani gari, zomo ne. (An elephant in another town is merely a rabbit.)